A Case Study for the Uganda, Kampala Real Estate 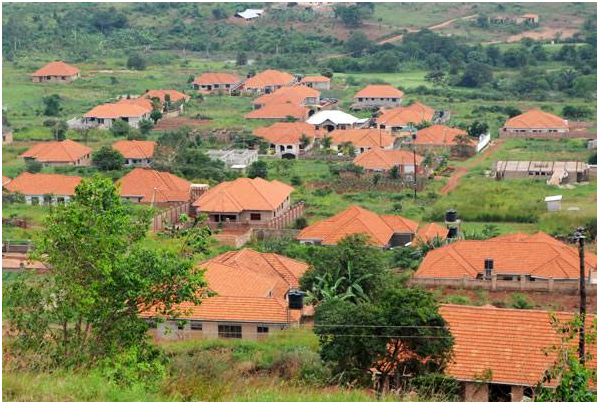 02 Oct A Case Study for the Uganda, Kampala Real Estate

At 72.8m2, Kampala stands as the largest and capital city of Uganda.  The Uganda National Bureau of Statistics, in 2016, placed the population of this city at 1.5 million residents; unevenly distributed among its five districts.

With more and more people moving to the city and other urban areas, experts have predicted a higher demand for residential and commercial housing in 2019/ 2020. As such, property development has received a fair amount of attention as far as the city is concerned.

Like every developing country city, Kampala has witnessed a fast growth rate over the years, sometimes not always maintaining proportionate growth in infrastructure and other resources. But the inconsistency of the Ugandan economy has not kept the real estate sector from sustaining a fair growth in the city and other urban areas.

For the past 15 years or so, various real estate players have gotten on board with the buying and selling of property all over the country. This new expansion has led to the coming on board of new practitioners including banks, real estate agents, valuation surveyors, even lawyers. Clearly, the market is trying to scale itself into its newly found size. All thanks to the following factors;

The government’s efforts to improve trunk infrastructure has opened up the suburbs to development. These include;

Investments in the technology, financial services, and oil sectors have attracted multinationals, the like of Africell and C squared, to the city of Kampala. This has called for demand in, not only high-end residential houses for their employees, but also conducive office space to run their operations.

The World Bank has placed Uganda’s population growth rate at 3.2% per annum. This is 0.5% more than that of Kenya (2.6%) and Sub Saharan Africa (2.7%).  The fact that the growth rate is more pronounced in the cities has created demand for real estate, more so in municipalities such as Kampala.

Since early 2017, Uganda has enjoyed a stable economy, eventually expanding by 6.1% in the financial year 2017/ 2018. The Bank of Uganda, in February, predicted a 6.3% growth in the current 2018/2019 year.  Also part of the forecast was the status of the economy in the first quarter of the coming year 2020, that placed the core inflation at 5.5% and 5.3%. This signifies an increase in the disposable income.

As such, the population’s capacity to ask for housing and spending has also grown. The residential and retail market sectors have reaped huge too from this increase in GDP.

All the same, even with the above factors to drive the real estate industry in Kampala, there’re still some points which if not suitably handled pose a threat to real estate development;

The government should encourage efforts to solve political disputes peacefully, while steering clear of projects that could facilitate political patronage.

According to “The ministry of lands, Housing and Urban Development, Uganda’s housing deficit of 1.6 million housing units is largely concentrated in the low and mid income segments. The city of Kampala is in need of 100,000 houses per annum. Given the high rate of urbanization (5.2%), this deficit is only expected to grow.

Kampala’s residential market can be classified into affordable, middle income, upper middle income, and high income housing as displayed in the table below:

What about the neighbouring countries?

Although the Kenyan real estate may be a step ahead of Rwanda, Tanzania, and Uganda, the opening of borders has paved way for investment opportunities that are narrowing this gap.

Take Tanzania for example, whose real estate industry has for a long time been held back by hostile government regulations and policies, and poor infrastructure. There is need for the governing body to set in place a friendly atmosphere for business in this region.

In Nairobi, Kenya, real estate has mostly been fueled by the demand for commercial units in the city and town centers.

Today, Rwanda and Uganda boast the region’s best Return on Investment (ROI) as far as investing in real estate is concerned.

Njeri Cerere, CEO- “The Kenya Property Developers Association”, terms Rwanda as the top emerging real estate market. “The development projects that are underway, as well as those that are being planned, have created opportunities for interested investors because of the massive government support,” she adds.

Who are the pioneers of real estate in Uganda?

Pioneers of the Real estate industry in Uganda include:

The massive growth prospects of the region have positioned Uganda as the go to destination for property investments. With the industry having already picked up the momentum it needs, much can be expected in terms of what the real estate sector will offer in the years to come.